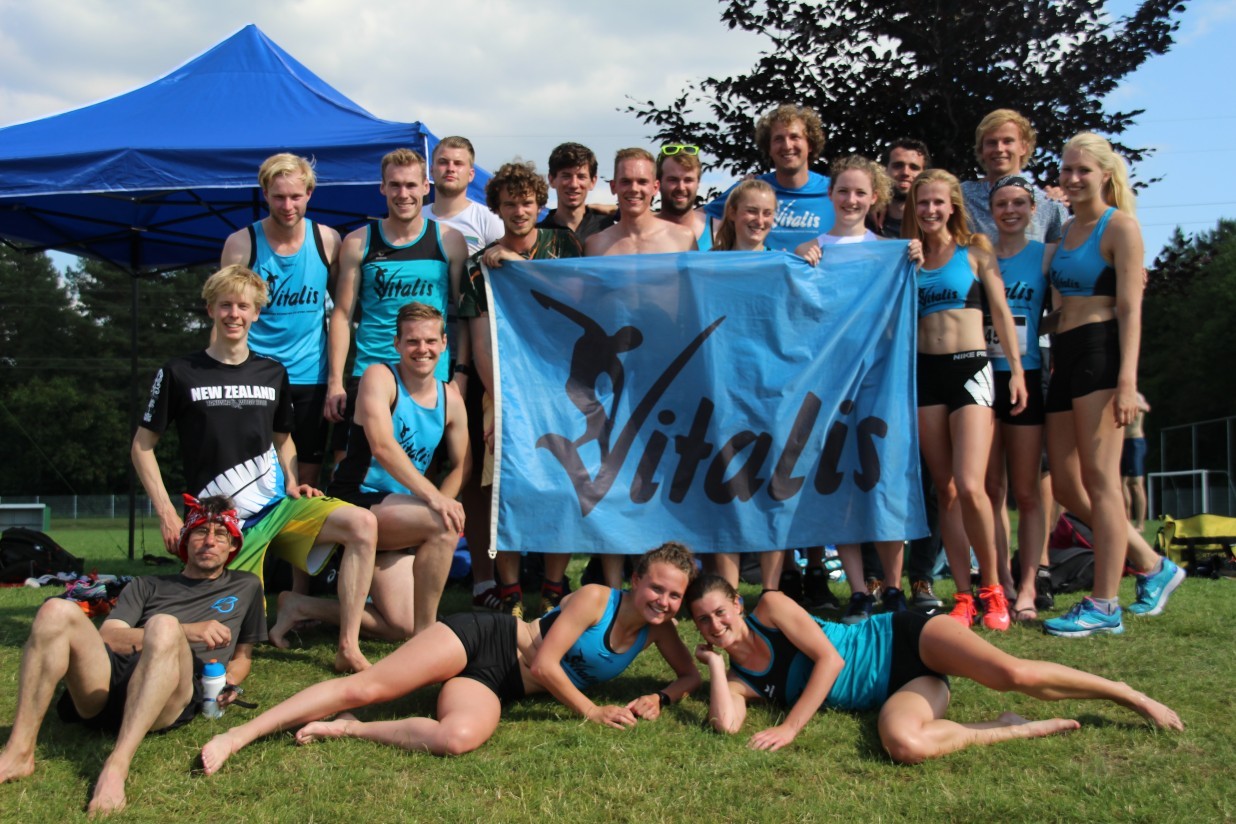 Each year the Royal Dutch Athletics Federation hosts an official athletics competition for all Dutch athletics associations. Both the men and women of Vitalis compete in the second division of this national competition. There are a total of three competition games in which our athletes will compete in a subset of athletics events to generate team points for Vitalis.

In 2018 both the mens and women team competed in the second division. They went to Assen, Drachten and Harderwijk. The woman team proved themselves and got qualified for the promotion games. The mens team had to push hard in the 3rd game to make sure they didn't qualify for relegation race. Luckily they became 31st which means they didn't.

In 2019 both the men and woman team will compete in the 2nd division.

Any questions related to this Dutch competition can be directed at the WPC (wpc@vitalis.org).

For more information about the competition and the current standings of Vitalis see: Competition KNAU.